Glass layer vs. self-adhesive. What are the aspects that make us choose the former over the latter or vice versa? 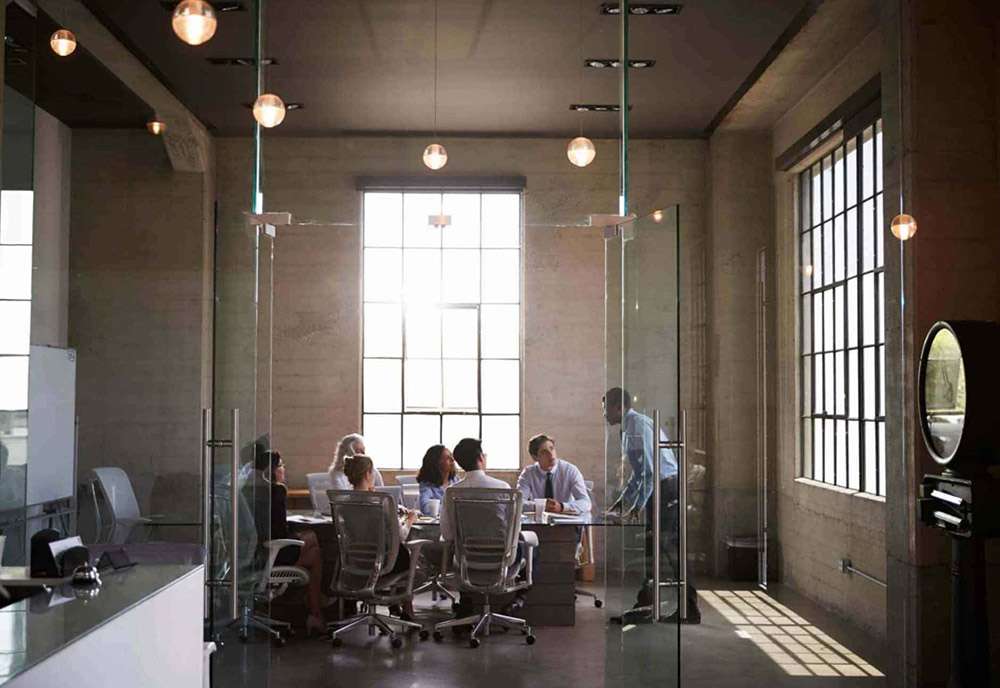 Innoptec® has been dealing with switchable smart films, more commonly called smart films with PDLC technology, for over two decades. It was founded thanks to the passion of a group of science graduates, mostly chemists and physicists, and has succeeded in exporting Made in Italy innovation throughout the world.
Innoptec®'s smart film is set to trigger architects creativity to design innovative environments for  working world of meetings, conference calls and online meetings. In a world where offices are the spaces where most of our lives take place, this product adds functionality to glass and other transparent surfaces. PDLC (Polymer Dispersed Liquid Crystal) is a compound consisting of micro-droplets of liquid crystal dispersed in a solid polymer matrix.

“PDLC film” technology involves the uniform, large-area deposition of a 20-micron-thick layer of this compound between two films of superficially conductive polyester.

The liquid crystal in the micro-droplets can therefore be aligned by electrical impulse. The order-disorder state of the liquid crystal creates the transparent/translucent/opaque state effect in the compound and thus throughout the entire film.
Activating the electric field makes the glass transparent, deactivating the electric field makes the glass translucent, allowing secure privacy control at the touch of a button.
Read more about PDLC film technology in this ARTICLE

Over the years Innoptec® has developed two different types of application that are similar in terms of costs, functionality and performance.
These are:
1. film for laminated or multi-layered glass
2. self-adhesive film

What might be the aspects that would make us choose one or the other? Electrically speaking, the operation is the same, but the installation is different and so is the appearance.

Switchable smart film for laminated or multi-layered glass
Wiring, electrodes and all the film components are part of a totally customised design, whose aesthetics are studied in detail. The surfaces of the finished panel, as they are made of glass, ensure resistance and durability over time.

Switchable smart self-adhesive film
What about those who do not have the possibility to install all the glass from scratch and just want to use this application in existing glass?
The switchable smart film is not just for new projects: the self-adhesive alternative was developed precisely to meet the privacy needs of all those customers who already have a glass or transparent surface installed that they can’t, or don’t want, to replace.
The residual haziness of the polyester has an optimal yield: when the electric field is applied, the glass shows a surprising level of transparency.
The self-adhesive film with PDLC technology is removable, meaning it’s a non-irreversible installation and leaves no residue on the glass if and when you decide to remove it.

For both installations, the benefits are numerous: spaces in the home, office, hospital or hotel can be managed in a versatile and smart way.
The applications for this film are many, click HERE to learn more.