PDLC technology: what it is and how it works 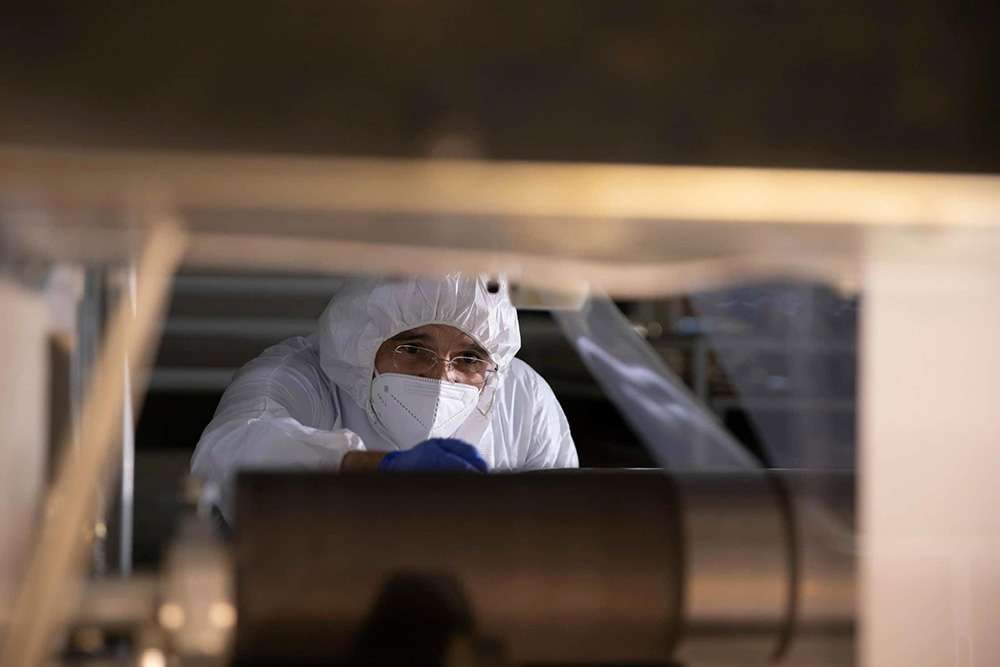 We are talking about an innovative material that adds functionality to glass and other transparent surfaces.

Transparent windows and doors in offices and homes can become translucent, providing secure privacy at the touch of a button.
But what is Polymer Dispersed Liquid Crystal?

In this article you will learn about:
1. history
2. scientific aspects
3. PDLC technology
4. PDLC uses

1. history
PDLC technology originated in the United States in the 1980s.
For over twenty years, Innoptec® has been developing this “magic” technology capable of making glass intelligent at an industrial level in Italy: at its headquarters and laboratories in Rovereto, Trentino, it develops, produces and sells electro-optical liquid crystal films.

2. scientific aspects
To understand and comprehend PDLC film technology, a short scientific introduction is necessary.
Some substances show a middle behaviour between the solid state -the body has volume and shape of its own, characterised by molecular order and alignment- and the liquid state -the body has volume but takes on the shape of its container, characterised by molecular disorder-.
One of these substances is nematic liquid crystals, which are the ones that make this product work.

3. PDLC technology
The molecules in the nematic liquid crystals used by Innoptec® have certain special characteristics:
> cylindrical or ellipsoidal shape (where one of the three axes is different from the other two). This shape is also the basis of the anisotropic behaviour of these materials to physical measurements of different types (optical, electrical, mechanical, etc.).
> electrically adjustable.

PDLC technology takes full advantage of these characteristics: it confines the liquid crystal molecules in micro-droplets which are in turn distributed in a polymeric compound deposited between two polyester films that are enhanced by becoming superficially conductive. With the application of an electric field, the molecules change the optical properties of the film in the incoming light.
The application of the electric field arranges the molecules of the liquid crystal in an ordered configuration.
Light can thus pass through the film undisturbed (without light deflection by the molecules), and the film appears transparent to our eyes. From this point of view, the PDLC film behaves like a filter capable of creating an electrically controllable fog.

By removing the electric field, the molecules of the liquid crystal return to a disordered/random state. The light will then be deflected (scattered) by the molecules over and over again, preventing our eyes from reconstructing the images of objects beyond the film (translucent state).

4. PDLC uses
The switchable film with PDLC technology applied to glass and other transparent surfaces becomes an intelligent tool, that is able to vary the level of transparency and privacy with a simple electrical command.

Discover all the END USES