More functional schools and universities thanks to Smart Film PDLC 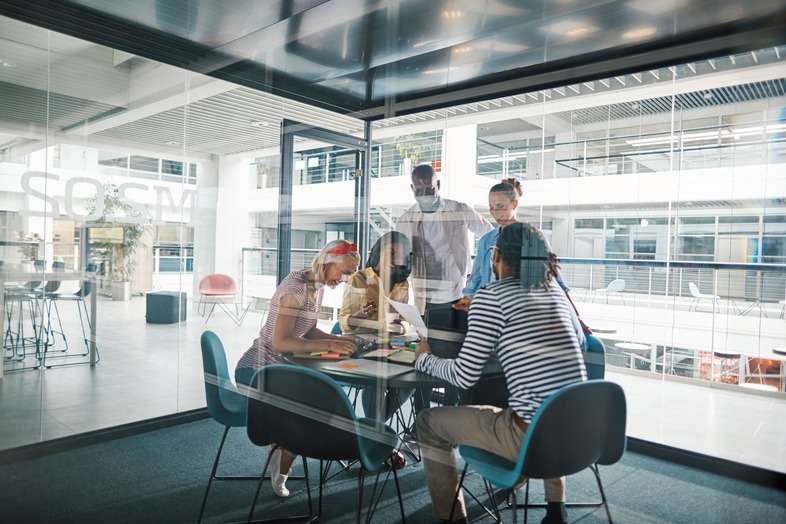 The school environment as well as the university environment, in the sense of classrooms and rooms, is a determining factor in the growth of children of all ages: the cleanliness, organisation and functionality of the facility positively affect both the learning of students and the working well-being of teachers.

For some time now, the use of Smart Film PDLC has been experiencing an important development in these school-educational sectors because it can make spaces more versatile, more functional and - at the same time - more organised and cleaner. Available classrooms are always cramped, very often large rooms are divided by windows, and Smart Film PDLC is used to create self-contained classrooms, both in new buildings and in renovations.

How does Smart Film PDLC work?
Smart Film PDLC, also known as electro-optic film, can make virtually any transparent glass surface intelligent and functional for privacy control.
At the push of a button or with a remote home automation system, it is possible to change the orientation of the liquid crystal molecules (PDLC) contained within the film: the electro-optic film shows transparent with an active electrical impulse and 'tidy' PDLC, while it shows translucent without an electrical impulse and 'messy' PDLC.
Read our in-depth article.

The uses and advantages of Smart Film PDLC
Smart Film PDLC, particularly appreciated for its ability to provide tailored privacy and perimeter spaces, is used in countless architectural and interior design applications: offices, hotels, clinics, hospitals and luxury residences as well as in automotive and public transport.

In the architecture of educational facilities, schools and universities, its functions and benefits can be fully exploited: not only privacy, also whiteboard or projection screen, not only space perimeter, also soundproofing and screening of sunlight and reflections.

Advantages of PDLC Smart Film
> The glass surface containing or to which Smart Film PDLC has been applied is extremely easy to clean and sanitise because it is smooth and free from blinds or curtains.
> The design of classrooms and spaces is sophisticated and fully customisable.
> Power consumption in the ON state (transparent) is minimal; in the OFF state (translucent) it is zero.
> The OFF state comfortably filters and diffuses natural light: numerous studies show that natural light has a positive effect on well-being and alertness.
> Glass, thanks to Smart Film PDLC, becomes an optimal surface for high-definition projection.
> The possibility of projection can significantly reduce the printing of handouts or presentations.

You can visit the dedicated section "advantages" to learn about the other advantages.
Do you have an upcoming project? Contact an Innoptec® expert now to find out how Smart Film PDLC is an excellent solution for your project too.